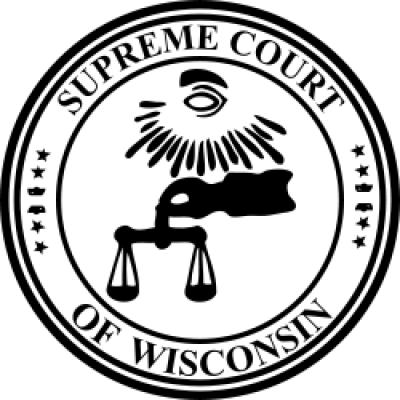 Why You Can't Always Believe What You Read - Complaint Dismissed

Dan Kaminsky, Former District Attorney, has been informed that a complaint filed against him over what has been dubbed “the airplane case” was formally dismissed.

This is yet another example of politics taking precedence over justice, and politicians purposely giving bad information to citizens who have little choice but to trust them.

My friends joke that I am the world's worst politician.  I take it as a badge of honor.  I am no politician.  I am direct and frank and tell it like it is.  Good politicians have the patience and desire to avoid confrontation, pretend to listen to opposing points of view, and never want to tell you to your face that they disagree with you.  Often the truth hurts and people don't want to hear it.

News is a business.  When it comes to legal cases, the truth may or may not sell to the public.  Sensational, scandal, and sex stories sell.  People doing their jobs well is boring.  News is not an altruistic, non-profit endeavor.  When you see a story in the paper about a legal case, or hear editorial comments on the radio, your attention is being captured.  But don't make the mistake of believing you have received the truth, or even a portion of the truth.

I say this now having gone through the local politics of being District Attorney.  I have seen first hand how the truth is distorted in the news.  Reporters get away with not telling the truth for several reasons.  First, they have no obligation to tell the whole story.  A completely false story can be implied by telling only bits and pieces of many stories out of context.  This can be intentional so long as they don't come right out and lie. Second, absent proof of actual malice, even blatantly false statements have no remedy against a public figure.  Like it or not, that is the law, and actual malice is a nearly impossible burden.

So below is a press release I had to submit to undo some pretty big lies and implications.  It likely won't (and hasn't so far) received nearly the press as did the news that this woman merely filed the complaint.  The complaint was frivolous but was all over the news when it was filed; she was on the radio and it was on the front page.  The media painted it as though I had done something wrong just because this woman made some rather ignorant allegations.  They failed to report that she was associated with my political opponent, had been making all sorts of absurd allegations about me for over four years, and had in fact offered online to help my opponent's campaign.  Why not part of the original story?  The big sell was the false idea that a public official had done something wrong, not that the complaint was likely frivolous from the get go.

Food for thought the next time you hear the news.  Its always best to reserve judgment until you have all the facts...

FOND DU LAC:    Dan Kaminsky, Former District Attorney, has been informed that a complaint filed against him over what has been dubbed “the airplane case” was formally dismissed.  A panel of the Preliminary Review Committee, part of the Office of Lawyer Regulation, found “lack of cause to proceed.”  This was the second panel to make a no cause finding based on the same information.  This decision is final and is not subject to further review.  The letter is attached.

Many question the timing of the initial complaint.  It was filed by Kaminsky’s political opponents amidst the 2012 Fond du Lac District Attorney Primary Election.  Quickly capitalized upon as campaign propaganda, Kaminsky’s opponent used the baseless allegation to unduly influence the election.

I am thankful the matter is concluded.  While I knew there was no merit to the accusations, this ordeal has been a tremendous stress on me and my family,” stated Kaminsky upon hearing the news.   “I remain astonished at the depths to which people will stoop to win elections.  As District Attorney, one needs to weigh facts and evidence, not manipulate them for their own selfish gains.  I am saddened as a member of the Fond du Lac community, and as a former DA, that my opponent, regardless of age and inexperience, would blatantly disregard the ideals of the very office he sought.”

Kaminsky continued, “This complaint capitalized on people’s ignorance of the law, and reeked of politics.  The knee jerk reaction to the name of a plea was intentionally fueled by misstatements of several community leaders consciously trying to sway public opinion. Notwithstanding my record prosecuting drunk driving cases, and numerous difficult murder and other felony trials, I was not afforded credit for knowing winning cases from losers.  This is yet another example of politics taking precedence over justice, and politicians purposely giving bad information to citizens who have little choice but to trust them."

“With the complaint dropped, I look forward to continuing my private practice without this weight on my shoulders.”  Kaminsky is in private practice in Fond du Lac County serving the Southeast Wisconsin area.  His practice includes criminal defense, family law, general civil litigation, personal injury, real estate and small business.  He resumes a legal business he operated for 10 years prior to serving as DA.